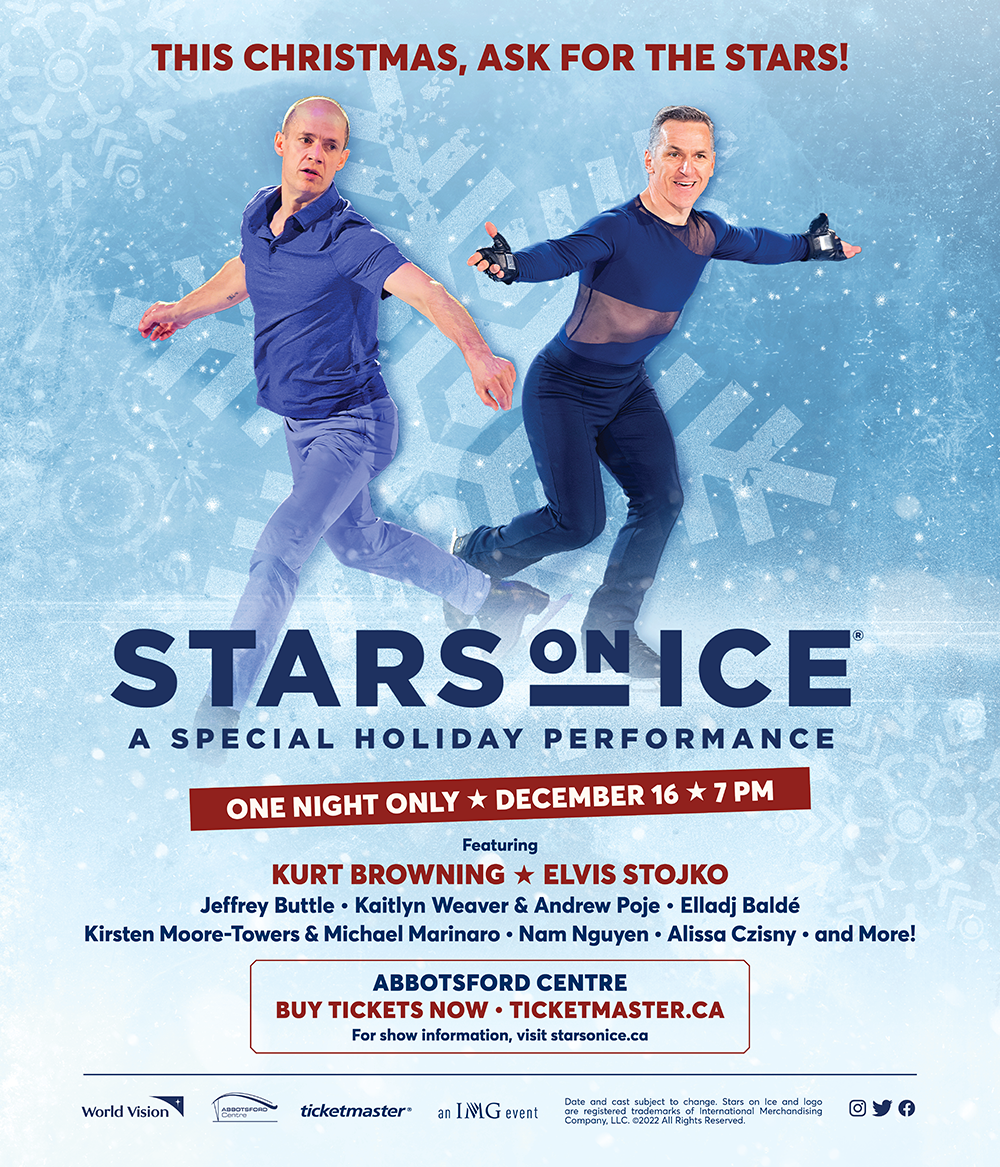 *Event details may be updated closer to the event start date.

ABOUT THE ARTIST
This Christmas, if you ask for the stars, your wish will be granted, as Stars on Ice brings a special holiday edition of its award-winning figure skating show to Canada. Four-time World Champion and four-time Canadian Champion Kurt Browning will be joined by two-time Olympic Silver Medalist, three-time World Champion and seven-time Canadian Champion Elvis Stojko to headline the 2022 Stars on Ice “Holiday” tour.

Founded in 1986 by skating icon and Olympic Gold Medalist Scott Hamilton, the Stars on Ice tour originated in the United States. In 1991, Stars on Ice began to tour Canada and has now played more than 300 shows in the past 30+ years. Past tour performers include Tessa Virtue & Scott Moir, Brian Orser, Jamie Salé & David Pelletier, and Joannie Rochette. Stars on Ice is produced by IMG, a global leader in sports, events, media, and fashion. For more information about the tour, visit www.starsonice.ca. Keep in touch with Stars on Ice on Facebook: www.facebook.com/starsonice Instagram: www.instagram.com/starsonice, and on Twitter: https://twitter.com/starsonice.