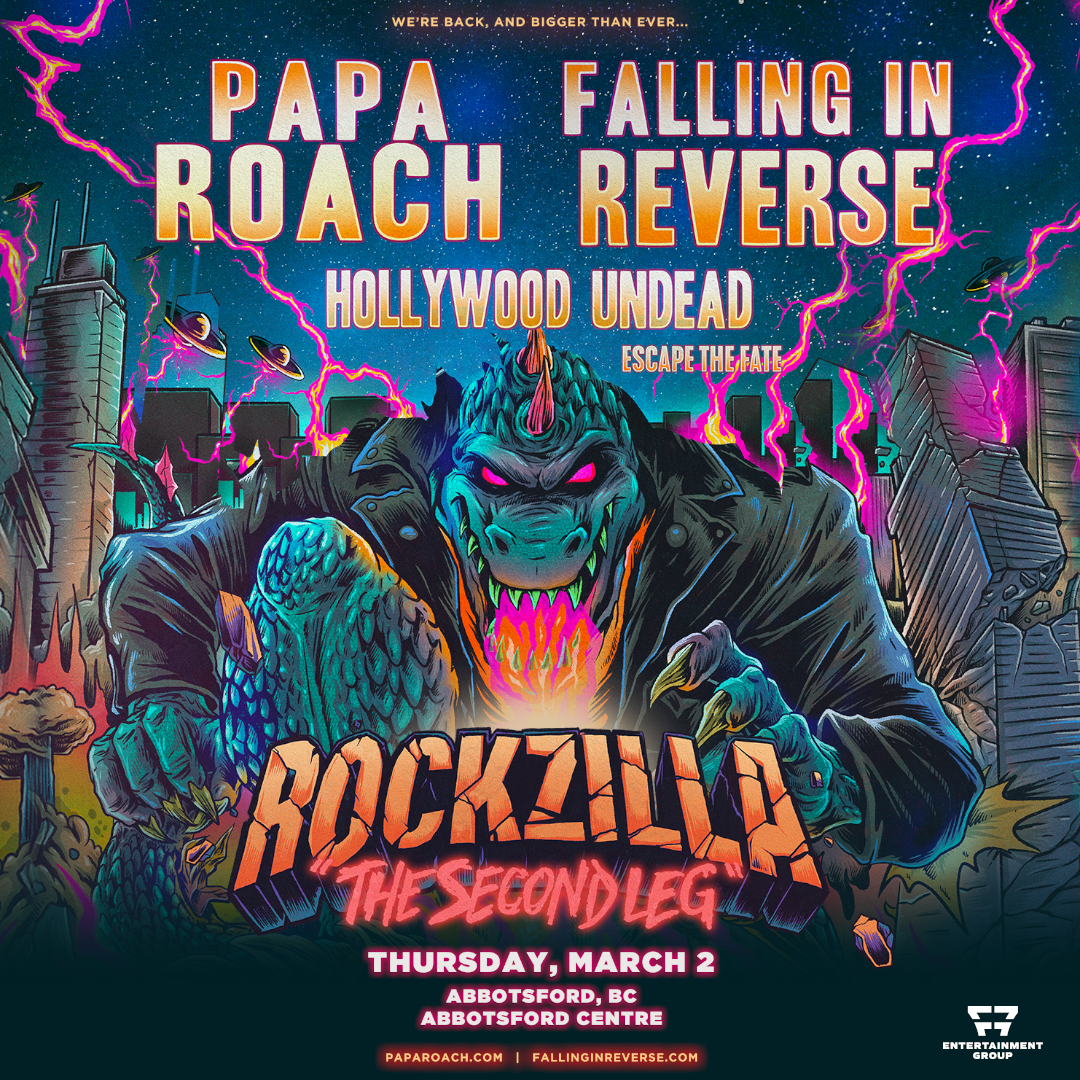 ABOUT THE EVENT
Rockzilla: The Second Leg is bringing Papa Roach, Falling in Reverse, Hollywood Undead, and Escape the Fate to the Abbotsford Centre on Thursday, March 2nd, 2023!

The California-based Papa Roach went triple-platinum in the year 2000 with their debut album Infest. The band is best known for the hit single Last Resort, which reached number one on the American alternative charts and was a top ten hit in several other countries. Falling in Reverse formed in Las Vegas in 2008 and the band’s 2011 debut album The Drug in Me Is You went gold. They have gone on to release a total of four albums and have won several Alternative Press awards. Hollywood Undead formed in Los Angeles in 2005 and are known for using pseudonyms and wearing unique masks on-stage. They have released eight albums, with the most recent being Hotel Kalifornia on Aug. 12, 2022. Escape the Fate formed in Nevada in 2004 and have released seven studio albums, the most recent being Chemical Warfare on April 16, 2021.