The Gnarly Barley Brew Festival will kick off its first annual event in Abbotsford at the Abbotsford Centre on Saturday, August 29, 2020.  The festival in its first year will feature breweries from across the Fraser Valley PLUS live music and entertainment to run throughout the evening!

PLEASE NOTE FANS ARE ENCOURAGED TO RETAIN THEIR TICKETS AS THEY WILL BE VALID FOR THE NEW DATE.

The Festival takes over the Abbotsford Centre on Saturday, August 29 running from 7:00PM until 10:00PM and will feature early access for VIP Ticket Purchasers starting at 6:00PM.

The Gnarly Barley Brew Festival hopes to capture the recent growth of the Craft Beer Industry in the Province.  As noted in the September 2019 liquor market review from the BC Liquor Distribution Branch, Domestic BC Beer has continued to increase in terms of sales and popularity with over 60 million litres in sales in the 2nd quarter of 2019/2020 with Micro Brew / Craft Beer making up 9.2 million of those litres.

*LINEUP MAY CHANGE BEFORE EVENT – Stay up to date by visiting www.gnarlybarleybrewfestival.ca

Watch for more breweries and vendors to come on board as the Gnarly Barley Brew Festival will showcase them on their website at www.gnarlybarleybrewfestival.ca 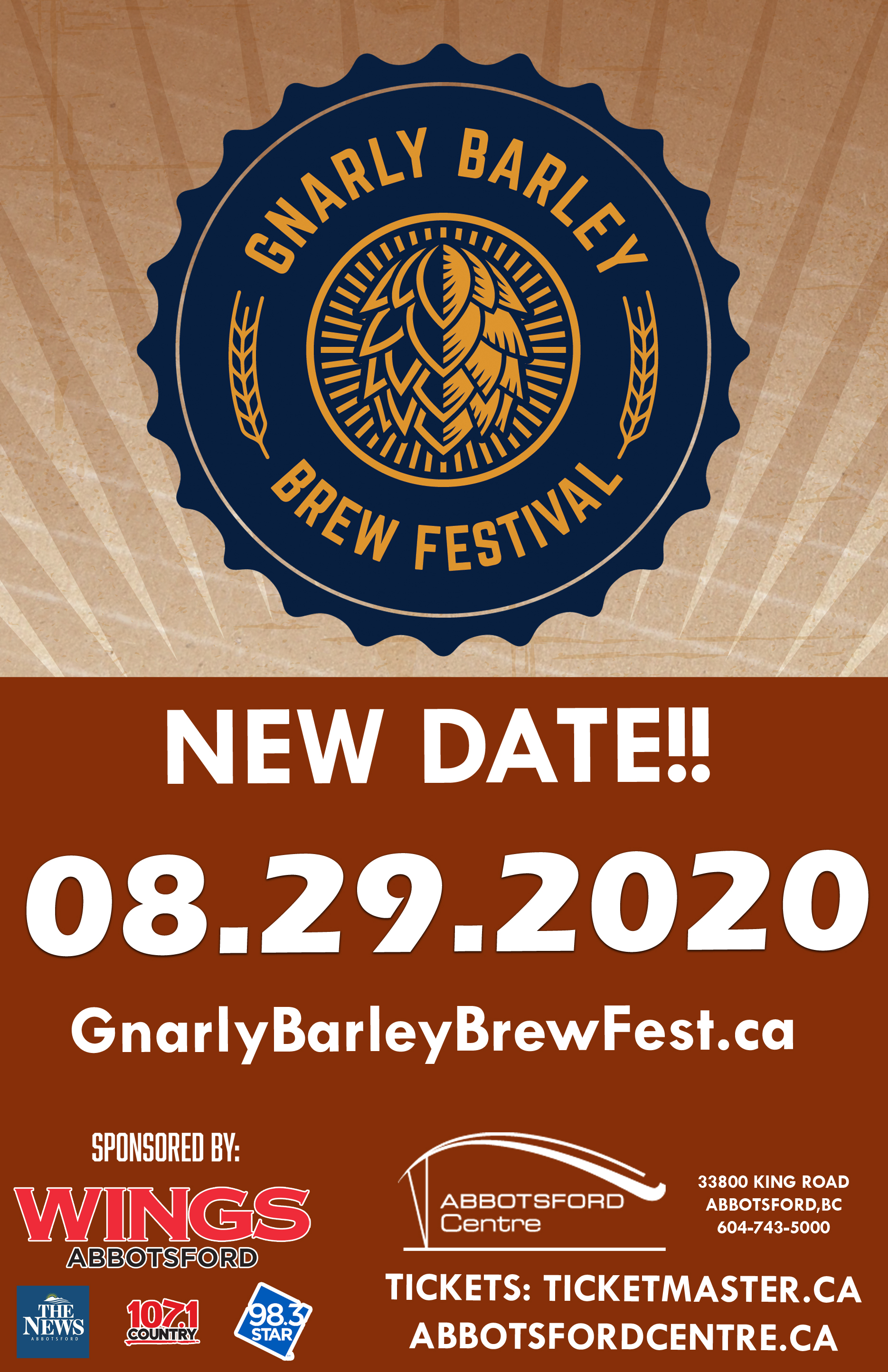